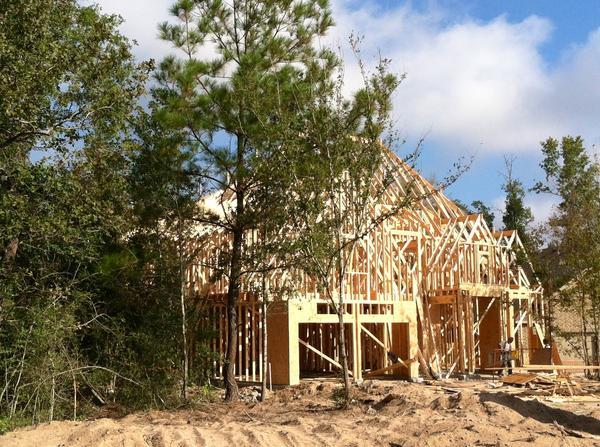 Houston homebuilders started more than 7,000 homes in the second quarter — the first time that number has been surpassed in five years — but continue to feel pressure from the lack of lots going forward.

New home construction in the area kept up its momentum, with about 7,700 homes started in the second quarter, a 14 percent increase from the same period last year, reports Houston-based research firm Metrostudy.

With Houston’s population and employment growth, it is not surprising the Bayou City's new home construction market is so strong.

“We’ve been on a torrid pace of job growth over the last 12 months,” said Patrick Jankowski, vice president of research at the Greater Houston Partnership. “We’ve created more than 111,000 jobs, and that’s 111,000 potential homeowners."

For the year, homebuilders have started 26,000 homes in Houston, up 24 percent from this time last year, and the highest tally since before the recession.

At the end of the second quarter, there were about 9,800 homes under construction in the Houston area — a 19.2 percent increase from the first quarter. In addition, the supply of homes sitting finished and vacant has declined by 6 percent and remains at historic lows as builders see their speculative homes purchased before reaching completion, according to Metrostudy.

Closings have increased steadily over the past eight quarters, and in the second quarter, homebuilders closed about 6,200 new homes, bringing the annual total thus far to around 23,700 — a 17 percent increase compared to 2012.

However, many of the communities are short on lot supply and nearly sold out. In April, lot supply — months left if the community maintains its current rate of new home starts ­— dipped to 3.4 months, a 13-year low.

In addition, the plethora of new homes is buoying business for local residential real estate brokerages and mortgage lending for Houston banks.