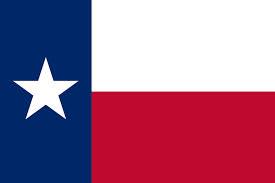 That’s the highest level in five years and 12 percent of the total $92.2 billion in United States sales generated by international homebuyers. The Lone Star State ranks third in the country (behind Florida and California) for international home sales, which are up 35 percent in total dollar volume compared to the previous period’s level of $68.2 billion. Last year, Texas accounted for 9 percent of that total.

The Lone Star State ranks third in the country (behind Florida and California) for international home sales.

“The Texas housing market is not only strong in sales volume, but in its diversity. The demand for Texas homes stretches around the world,” Dan Hatfield, chairman of the Texas Association of Realtors, said in a statement. “International homebuyers increasingly view Texas homes as a good investment, and as our economy has grown, so has the number of international homebuyers in our state.”

The report also shows that more than half of all international homebuyers in Texas originate from Latin America or the Caribbean. Many are likely from Mexico, as more than 65 percent of the U.S. homes purchased by Mexican homebuyers were in Texas.

Overall, Mexican homebuyers accounted for $4.5 billion, or approximately 5 percent, of all international home sales nationwide. And 46 percent of them paid cash. As for what they intend to do with their properties, 62 percent of Mexican homebuyers expect their U.S. home to be their primary residence, and 33 percent plan to use it as a vacation or rental property.

Texas continues to be a U.S. migration hub — 9.3 percent of those who immigrated to the U.S. in 2012 moved to Texas — and six Lone Star cities were in the top 50 designated market areas for immigration: Houston (No. 6), Dallas-Fort Worth (No. 8), Austin (No. 26), San Antonio (No. 27), El Paso (No. 28), McAllen (No. 40). Because naturalized U.S. citizens living in Texas are almost 12 percent more likely to own a home than native Texas residents and other immigrants in the U.S., researchers conclude that home sales by international buyers will naturally increase as this new influx of immigrants becomes more likely to purchase a home.

One last fun fact: Four of the top five most searched-for cities by Mexican homebuyers on Realtor.com were in Texas, including San Antonio, Laredo, El Paso and Houston. The fifth city was San Diego.