Men Who Cook Serves Up Thousands for Lamar CISD 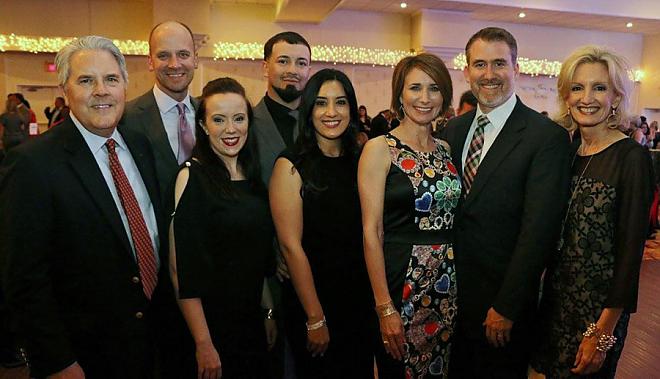 Johnson Development Corporation, the award-winning developer of Cross Creek Ranch, was the title sponsor of the Feb. 18 event that raised more than $182,000 to support innovative ideas and classroom projects proposed by Lamar CISD teachers that would otherwise go unfunded. The organization also offers scholarships to graduating Lamar CISD students and to the district’s paraprofessionals working on their teaching certificates. To date, LEAF has invested almost $3 million into Lamar CISD schools.

“The Men Who Cook event served up good times and raised an impressive amount of money for LEAF,” said Rob Bamford, general manager of Cross Creek Ranch. “We were happy to be a title sponsor for such a worthy organization.”

Generous support of neighborhood schools is a hallmark of Johnson Development, which currently has 17 communities under active development in Houston, Dallas-Fort Worth and Atlanta. Young Cross Creek Ranch scholars attend schools in either Lamar CISD or Katy ISD.

Help Restock Family Hope’s Shelves
Read More
Live a Model Life
Read More
Living in Cross Creek Ranch Fuels Home Sales for Top-Selling Duo
Read More
We use cookies to offer you a better, more personalized browsing experience. By using this website, you are giving your consent for us to use cookies. Read our Privacy Policy and Cookie Policy.
I Accept
X