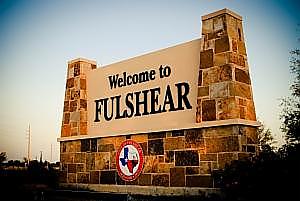 It’s official. Fulshear is the fastest-growing city in Texas and we at Cross Creek Ranch are happy to have helped.

According to the 2020 U.S. Census, Fulshear ranked the No. 1 fastest-growing city in the state. The information was published last month through the American Community Survey, a division of the Census Bureau responsible for disseminating the information.

This is the second year Fulshear has taken the top spot and the city isn’t finished growing yet. City demographics show that the population has risen from 1,134 people 10 years ago to more than 16,000 today.

Families are drawn to Fulshear and Cross Creek Ranch because there is something for everyone.

Fulshear offers a charming historical district and a vibrant commercial one. Fulshear’s location makes it easy to commute to major employers along the Energy Corridor and Fort Bend County’s many attractions. The city is zoned to two award-winning school districts — Katy ISD and Lamar CISD — so young scholars get the tools they need for future success.

Cross Creek Ranch offers even more including multiple opportunities to interact with nature, including traversing more than 30 miles of hike-and-bike trails, kayaking on the lake or observing birds and wildlife from the boardwalk surrounding the 50-acre Polishing Pond. Active adults can live it up in Bonterra, our 55+ resort-style enclave.

Like we said, something for everyone. Want to get on the fast track to making your home in the fastest growing city in the state? Visit us today.

Cross Creek Ranch Ranks Among Nation’s Top-Selling
Read More
Bonterra Band Finds Groove Amid Pandemic
Read More
Cross Creek Ranch October Home Tour Raises $1,500
Read More
We use cookies to offer you a better, more personalized browsing experience. By using this website, you are giving your consent for us to use cookies. Read our Privacy Policy and Cookie Policy.
I Accept
X