Fulshear: One of the Best Places in Texas to Raise a Family 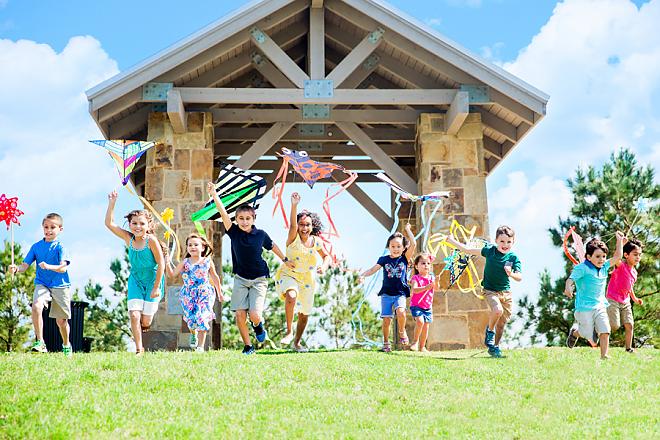 With an overall A+, Fulshear has been named one of the Best Places to Raise a Family in Texas by niche.com.

We are not surprised.

The city was ranked No. 8 on this annual list, which uses statistics on public schools, crime rates, cost of living and family-friendly amenities.

Fulshear received its highest ratings in the quality of its public schools and being good for families. Housing and safety also earned high marks, each receiving an “A” grade.

A tight-knit, welcoming community as well as a small-town ambiance with the convenience of city living were common themes among the reviews posted by residents. Several of the reviews also mentioned Cross Creek Ranch specifically, noting access to schools in both Katy and Lamar Consolidated independent school districts, a friendly environment and picturesque scenery.

Whatever their interest or activity level, Cross Creek Ranch residents find plenty to do. During the summer, water enthusiasts love zipping down the 140-foot water slide at the Adventure Island water park or relaxing on the sunbathing shelves at the Greenthread Park pool. Strolls along Flewellen Creek are a favorite pastime as is fishing in one of the many lakes that meander through the community. The 50-acre Polishing Pond offers another avenue to get close to nature, with a boardwalk over the water making it easy to birdwatch and spy other wildlife. Arbor Sports Park, the Canine Commons dog park and Pine Park provide even more recreational options. Complementing these many on-site amenities is a Director of Fun who keeps a busy calendar of engaging resident events.

This is not the first time Fulshear has appeared on Niche’s 2021 rankings. When it comes to the Best Places to Live in America, it is No. 266 out of 18,516 towns. Narrowed down to the 1,055 communities included on the Best Places to Live in Texas tally, Fulshear ranks No. 23. So, come on out to see highly rated Fulshear, and while here, take a tour of the top-selling community in Fulshear — Cross Creek Ranch. Model homes are open daily.

Ivy Kids Opens in Cross Creek Ranch
Read More
Flewellen Creek Restoration Now Complete
Read More
Cross Creek Ranch Donates $22,000 to Local Charities
Read More
We use cookies to offer you a better, more personalized browsing experience. By using this website, you are giving your consent for us to use cookies. Read our Privacy Policy and Cookie Policy.
I Accept
X