What a Difference 10 Years Makes 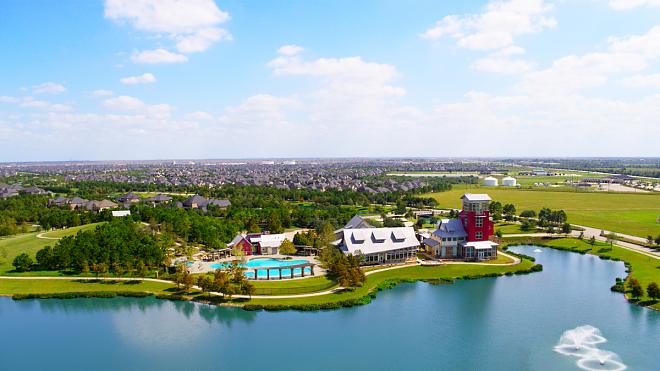 Ten years ago, Johnson Development acquired a 3,200-acre master-planned community in Fulshear called Cross Creek Ranch. Today, it is one of the most sought-after communities in Texas and the nation.

This year, we are celebrating 10 years with Johnson Development after the company purchased Cross Creek Ranch from Trendmaker Homes in 2012. Trendmaker wanted to design a community whose centerpiece would be nature — not a golf course. SWA Group, a landscape architectural design firm,  restored a small waterway bisecting the community to its natural beauty, Flewellen Creek. The goal was to create a healthy, wetlands environment where wildlife could flourish.

Johnson completed the second phase of the Flewellen Creek restoration project in 2013 with the planting of 1,000 trees. Trees have always been important to Cross Creek Ranch. So much so, that a tree farm was established on 40 acres of the community’s west side in 2006. The approximately 2,500 trees grown there were used to landscape the community and add to the vegetation found along Flewellen Creek.

Cross Creek Ranch has regularly appeared on lists of the top-selling master-planned communities in the nation, and we broke the top 20 in 2013. Today, we still rank among the top 50. Other accolades we have received include being named Master-planned Community of the Year by the Texas Builders Association in 2019, receiving the West Houston Association’s Sustainability Star award in 2018 and winning a People’s Choice Award from the Houston District Council of the Urban Land Institute in 2016.

Cross Creek Ranch is also a two-time winner of the Community of the Year PRISM award given by the Greater Houston Builders Association. We won the award in 2012 and 2014.

Over the years, Cross Creek Ranch has grown in many ways. In 2015, we established Bonterra, a 55+ resort-style community. Four on-site Katy ISD schools were also added. The first, Randolph Elementary, opened in 2014. Campbell Elementary welcomed young Cross Creek Ranch residents in 2018. It was soon followed by Adams Junior High School in 2019 and Jordan High School in 2020. A fifth on-site school is slated to open in August 2024, an elementary within the Lamar Consolidated Independent School District.

With the opening of Greenthread Park in 2018, Cross Creek Ranch now boasts three amenity complexes with pools. By far the favorite with residents is the Adventure Island Water Park, home of the community’s 140-foot water slide.

As exciting as all these developments have been, what has been most important is the thousands of residents who have chosen to make their homes with us. In 2019, we welcomed our 3,000th homeowner. Today, there are nearly 4,800 homeowners in Cross Creek Ranch. It is their lives, laughter and memories that make Cross Creek Ranch what it is today.

If you would like to be part of our history, we have good news. This year, we’ve broken ground on the final 300 acres of our community and will offer a variety of homesites, including 45-, 50-, 55-, 60-, 65-, 70- and 80-foot lots as well as lots for townhomes. In all, more than 600 homes will be in the “final frontier” of Cross Creek Ranch with more than 430 lots delivered to builders this year. Visit us to find out how you can build a beautiful life in our naturally beautiful community.

Mortgage Rate Buydowns to the Rescue
Read More
What Makes a Good Gumbo Great?
Read More
What’s Your Favorite H-E-B Product?
Read More
We use cookies to offer you a better, more personalized browsing experience. By using this website, you are giving your consent for us to use cookies. Read our Privacy Policy and Cookie Policy.
I Accept
X